Now, on to the good stuff.

Over the past week I noticed that instead of a photograph people have been using a red block with an equal sign as their picture in certain social media sites. Some of the equal signs were pictures, but it was obvious that this red square was attempting to send a message so, I went on a hunt. Apparently, this equal sign is meant to inspire people to end the stigma of marriage inequality. Wait, what? 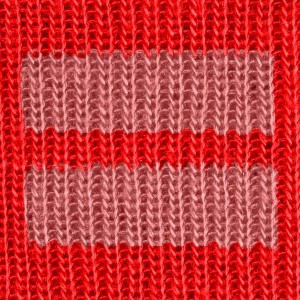 Come On, I’m A Knitter, What Did You Expect?

This symbol is about as useful for the fight in marriage equality as a bald barbie is for a kid in an oncology ward. Popping up on a social media site and replacing a photograph of your 3 year old eating Cheerios with a Star Wars themed human rights marriage equality symbol does absolutely nothing to aid in the fight of gay rights. Sure, it might make you feel like a more rounded, useful human, but in all actuality you aren’t doing anything except spreading false hope.

My best guess is right now there are millions of people with equality symbols on their social media profiles and none of those people did anything to back those symbols up. There were no letters written. There were no donations made. There was no volunteering or lobbying. Most importantly, there was probably no knowledge behind those equal signs, which translates to a positively meaningless campaign.

On December 12, 2003, I was married and I consider myself to be one of the luckiest women in the Universe. I would be delighted if all adults in the world could experience the joy of being married to the person they love. I do believe that someday the ignorance of our leaders will evaporate and the red equal signs on social media will be taken over by picket signs on our streets which will dissolve into arrow signs pointing the way to Allen and Tom’s Wedding.