Food is incredibly important in our house. Unfortunately our relationship with food is moderately insane because we have allergies to nearly every food group in some complicated, roundabout way, and of course, Mr. MVP adores food and I need food so I don’t waste away to nothing and die. Food sucks the big green weenie. 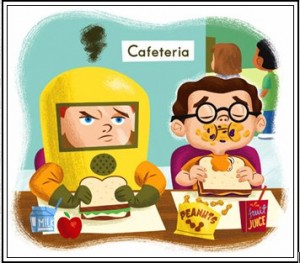 There is a list about ten miles long of foods we are not allowed to eat, but tucked away on that list is another list of foods that we would never in a million years consume simply because they are packed full of terrible stuff. I’ve heard the argument quite a few times that cost is the reason why most people buy processed food, but I’m here to tell you, eating healthy does not have to be expensive. 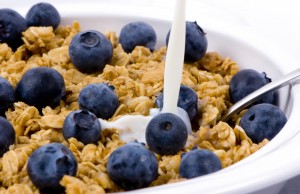 Breakfast for Team VP is fairly simple. I like steel cut oats and Mr. MVP either has gluten free oatmeal or a homemade gluten/dairy/sugar/soy free blueberry muffin and eight ounces of juice. It’s not breakfast rocket science, but it is nutritious and that is important. The cereal aisle at our supermarket is loaded with chemicals, preservatives, and colors, but the worst offenders are cereals geared towards kids. Apple Jacks, for instance are ridiculous. Does anyone actually look at these labels before letting their kids eat this junk? 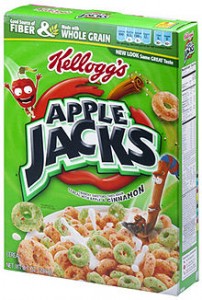 Apple Jacks also has the most popular food dyes known to cause behavioral problems in children; yellow 6, blue 1, red 40 and BHT. These food dyes are now illegal in Europe, but perfectly acceptable in America, land of free, home of the brave. BHT is a common stabilizer in pesticides, gasoline, lubricants, and soaps, but are also found in Apple Jacks because, well that just makes sense right? Yellow 6 has been linked to tumors in lab mice and red 40 has been known to cause severe allergic reactions. Apple Jacks has the ingredient list of something I would put a Mr. Yuk sticker on. 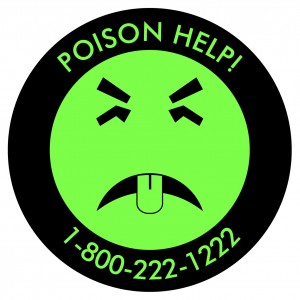 Why are parents still filling their kids cereal bowls with Apple Jacks and other cereals like it? People are addicted to sugar and Apple Jacks is full of it. Price certainly cannot be part of the equation because as far as cold cereal goes, Cheerios, which has only one gram of sugar per serving and absolutely no added colorings is $3.89 for an 18 ounce box with 18 servings at our local supermarket, while Apple Jacks cost $3.29 for 12 servings in a 12 ounce box. A canister of plain oatmeal with 30 servings and one gram of sugar costs $2.42. It’s clearly less expensive to eat a healthier breakfast. 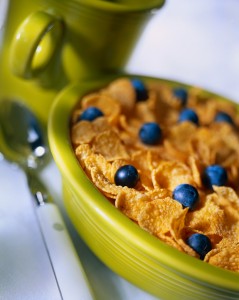 When you’re at the supermarket this weekend try turning your favorite box of cereal over and looking at the ingredient list. Avoid words that you cannot pronounce, stay away from lots of sugar, added colors, like red 40 or high fructose corn syrup. Try picking a simple cereal like Cheerios, Envirokidz Organic Gorilla Munch Cereal, Post Spoon Size Shredded Wheat, or Kashi 7 Whole Grain Puffs. These cereals are so much better than Apple Jacks, I would never put Mr. Yuk anywhere near them.