Home
>
Everyday
>
Get Your Personality Here
Tweet Pin It

On Monday I talked about sociopaths, but today I’m going to talk about personality, which applies to everyone. All of us have a personality, we just choose to use it in different ways. Google defines personality as:

There are hundreds of thousands of options when it comes to personality tests on the Internet. Psych Central has a test from Dr. Phil that I took with questions about how I laugh, sleep, walk and dream. My results were “loyal friend” or someone who doesn’t make friends easily, but does keep the friends they have. Surprisingly Dr. Phil is pretty freaking accurate – friends are not my forte. 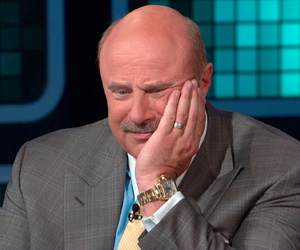 I also took a test based on colors that had me click on blocks of colors to eliminate them and then start all over again. Apparently color affects our behavior and everyday life more than we think. If you want to read all the fine print click here. The color test did get a couple things correct, which I’m not sure was just dumb luck or actual psychology. The test said that I’m usually recognized by others as unique and I avoid conflict. I think that was a nice way of saying I’m weird as hell and I don’t like to argue. What the test got wrong was it said I’m unhappy, stressed, and I need to “prove my worth”. The colors couldn’t be more off. 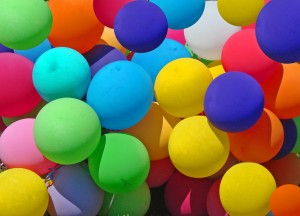 My research took a serious turn when I added the word celebrity to the front of my query. Suddenly I was searching for what celebrity would I be or which celebrity am I most similar too or which celebrity would I be most likely to marry (Patrick Dempsey, by the way). Seventeen Magazine was the biggest offender with the tests with crazy topics like What Glee Character Am I? and Which Twilight Girl Are You? both of which I suppose could shed some light on some personality traits as long as they pertain to singing and whatever in the world the kids in Twilight do.

When I removed the word celebrity and added the word animal I laughed out loud. People are crazy. The first test, The Animal In You I took while eating my oatmeal. I thought it was silly. This test is actually pretty neat. Apparently in the animal world I would be a shrew who is:

“Intelligent, thrifty and self absorbed, it knows how to get what it wants regardless of who stands in its way. Cursed with an overactive metabolism, the shrew is unable to stand still for even a minute… With the conviction that it knows what’s best for everyone, shrews are always ready with free advice. They seem to delight in butting into other people’s private affairs. They have a predilection for collecting and organizing things.”

Mr. MVP is laughing really hard right now because I am a hardcore shrew. 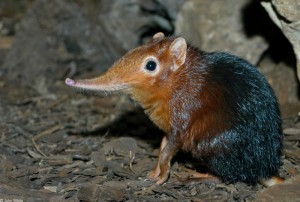 It seems like there are lots and lots of tests and quizes online because we all want validation that our personalities are real and it’s okay to be as weird as a kid on Twilight or Glee. Google’s definition of personality, qualities that make someone interesting or popular, is sort of harsh. A personality is really just a person’s character or their spirit and how they act toward other people. Everyone has a distinct personality, whether they’re a shrew or not.