Mr. MVP and I went downtown Kalamazoo this morning for Super Saturday. We spent the morning in Bronson Park at the Kalamazoo Institute of Arts’ Art Fair and then we watched and listened to The Mall City Harmonizers. We ate lunch at the Gorilla Gourmet food truck and then we caught the Do Dah Parade as it was traveling up Lovell Street. It was a really great morning. Mr. MVP took some fantastic pictures that he is submitting to Mlive, our local newspaper, so everyone can share in the fun, but until then you can look at some of the photographs here. 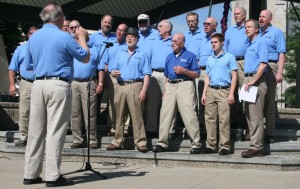 I actually recorded audio of this fun group singing a few songs and you can hear them sing I’ve Got A Gal In Kalamazoo and Under The Boardwalk. Technology is so freaking cool! 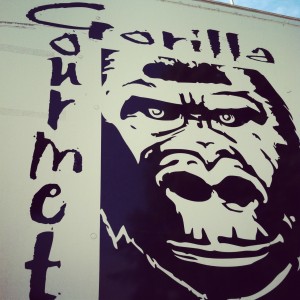 After we had tacos at Gorilla Gourmet it was time for the parade so here are a few photographs. 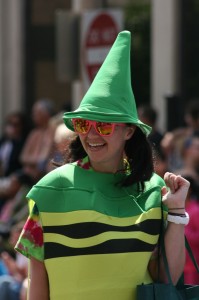 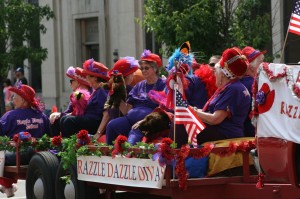 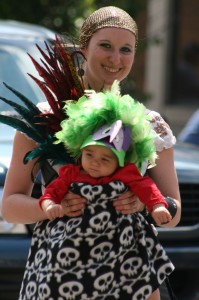 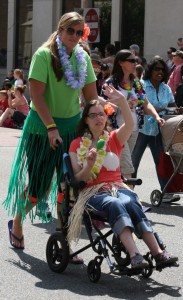 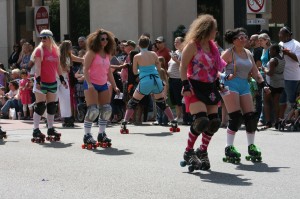 The Do Dah Parade kicks off the start of the festival summer season in Kalamazoo and is an anything goes silly event. If you’re in the area make sure to look up what is happening around town and if you see Mr. MVP and I make sure to wave hello!