When you are intolerant to the heat, like I am, summer becomes a natural enemy. When I overheat it happens quickly and the results are super unpleasant, but being a human and having the need to interact with the world still looms large in my brain, so I try to figure out simple adventures Mr. MVP and I can do that get us out in the world, but that won’t put my health in jeopardy. Sometimes it can feel like planning a space mission because not only am I trying to adjust an excursion around a time when I’m feeling healthy, but the weather also needs to be cool enough and the activity actually has to be taking place at that time. It can be a little overwhelming. 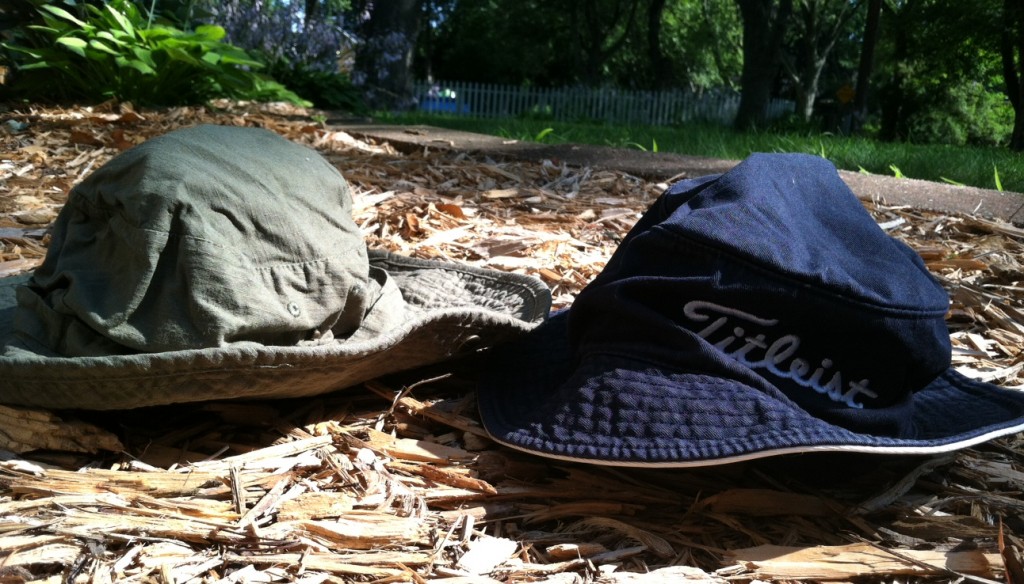 Geocaching is a community driven treasure hunt and it’s an activity made for Mr. MVP and I. First I have to tell you that we are brand new to geocaching and we are absolutely terrible at it. I joined geocaching.com, which is an amazing website, and found that there are hundreds of caches in our neighborhood and thousands in our city. What was even more exciting was that I discovered that there is a nature preserve less than a 1/2 mile from our house that we had never heard of and we have lived here for 10 years. Whoa Nelly! 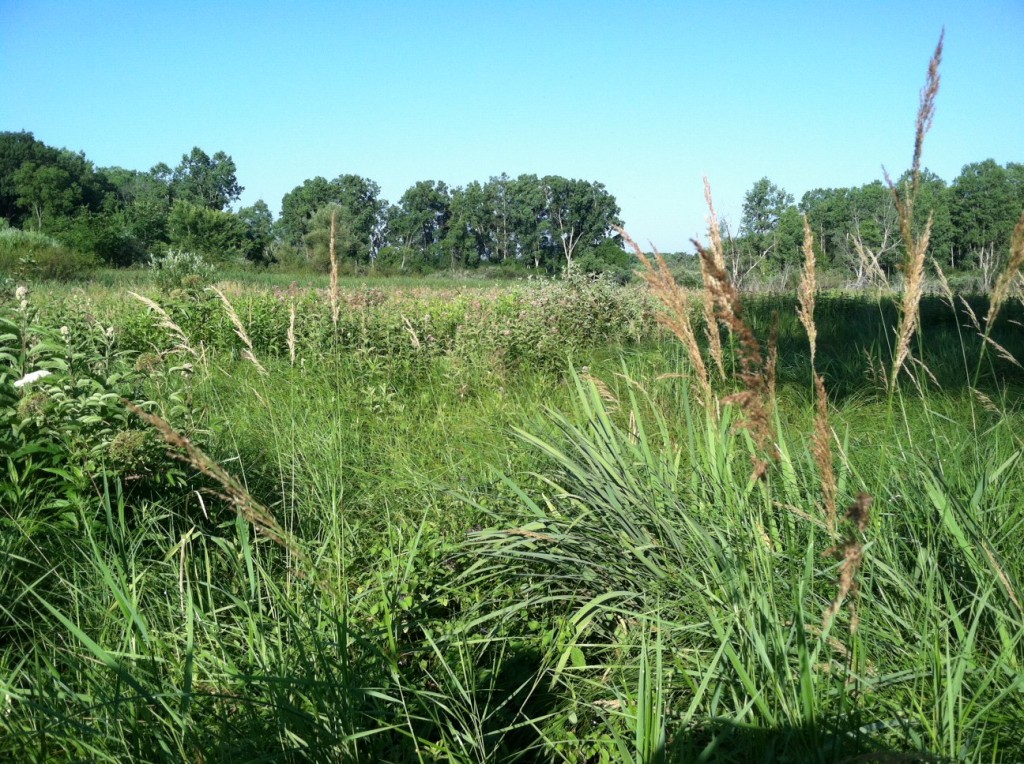 Bow In the Clouds – In Our Backyard

After doing some research about geocaching I discovered that lots of people like to just find the containers and it’s the hunt that’s the thrill, but for me I loved the idea of treasure. I wanted to find a treasure and then leave a treasure behind. I know, it doesn’t take much to make me happy, but who cares. At the supermarket on Friday we purchased our small treasures. I knew we needed to keep them small because geocaching.com gave me that information. The cache we were looking for was called Above The Water’s Edge and the directions stated that we would not have to get our feet wet. 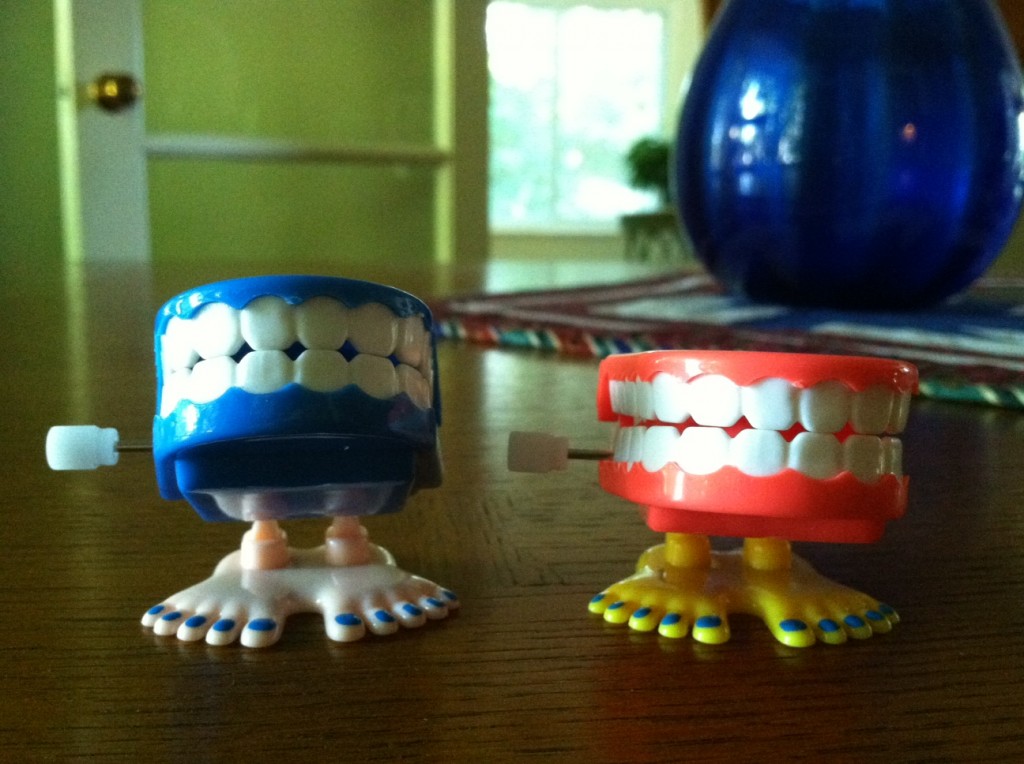 My Treasure I’ll Leave Behind.

On Saturday the projected temperature was 90 degrees, so we knew if we went looking for a cache in the Bow In the Clouds Nature Preserve it would need to be a short walk and we would need to leave relatively early. This was our very first cache ever, so not only were we excited, but we had no idea what to expect. We have walked and biked around the Nazareth College campus hundreds of times and have never seen a nature preserve, so this was a bit of a mystery in itself. I won’t spoil the entrance for those of you who live in the area, but I will say that if you’re near the white shed and going through a grassy field, you’re heading in the correct direction. 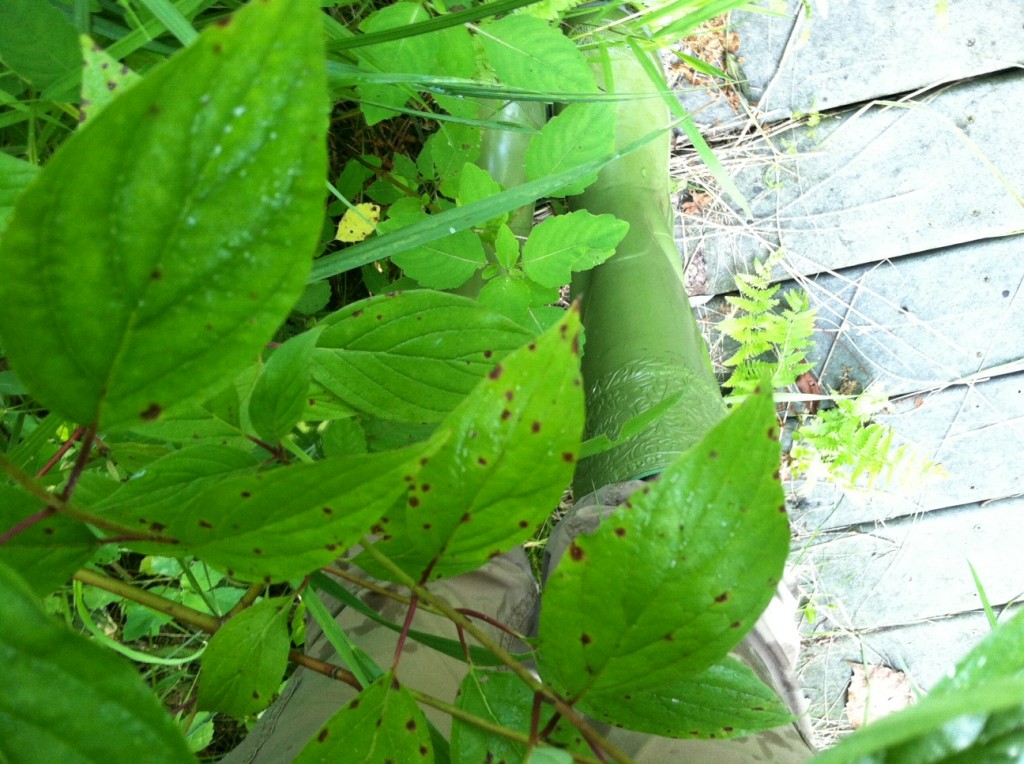 I Wore My Bogs Just In Case.

After meandering down a dirt path and then an overgrown boardwalk for about five minutes we came to the first source of water, Spring Valley Creek. To say that we inspected the area is an understatement, but we had absolutely no idea what we were looking for. Thankfully we were the only people around because we looked ridiculous, but look at a couple of sneaky caches I pulled off Google: 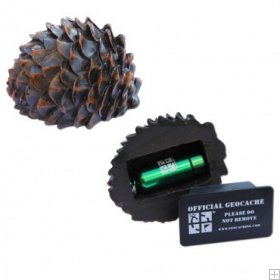 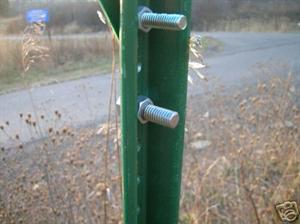 We trudged back to the car empty handed and when we got home Mr. MVP turned to me and very plainly stated that maybe we simply weren’t really nature people anyway. By dinner that night we were making plans to go back and look on Sunday morning. 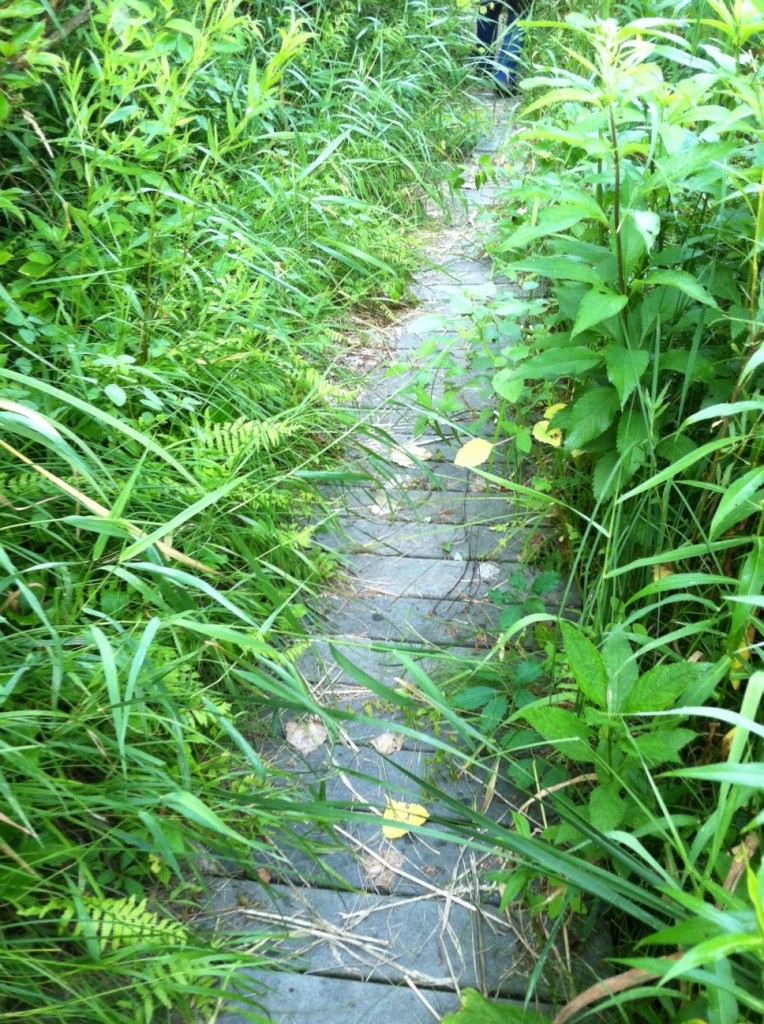 This Boardwalk Needs Some Love.

On Sunday the temperature was going to be 95, so we woke up even earlier and put on long sleeve shirts and pants, got our hats and boots, covered ourselves with sunscreen and were out the door by 9:00 a.m. I’m not sure if it was the cool morning air or a false sense of confidence, but we made the drive over and the walk in to the preserve with geocaching hope on our faces, but when the search started the mood changed. We were focused and that cache became the enemy. 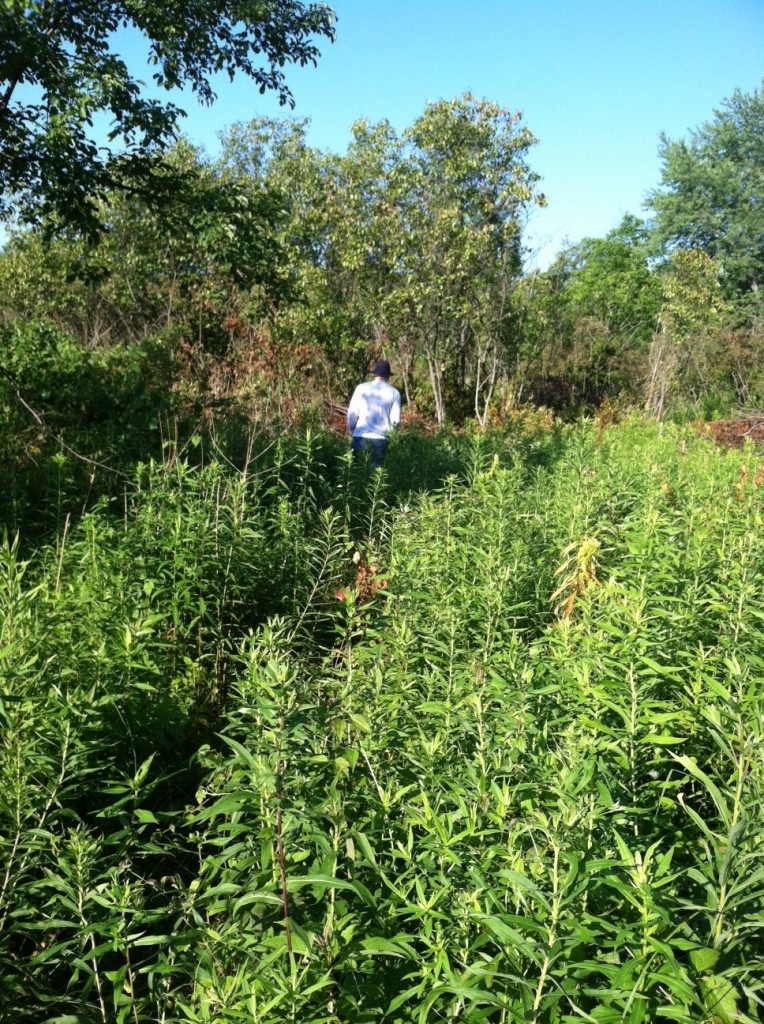 Do You See It, Because I Don’t See It.

We looked at the same places we looked on Saturday and then there was another spot further down the boardwalk where Spring Valley Creek passed under we decided to check. We spent a good 30 minutes searching, but the problem was, we had no idea what in the world we were searching for. Mr. MVP finally turned to technology and used a GPS application on his iPhone that encouraged us and told us we were in the exact right location, but we still could not find the cache. We both most likely stepped on top of it a dozen times. 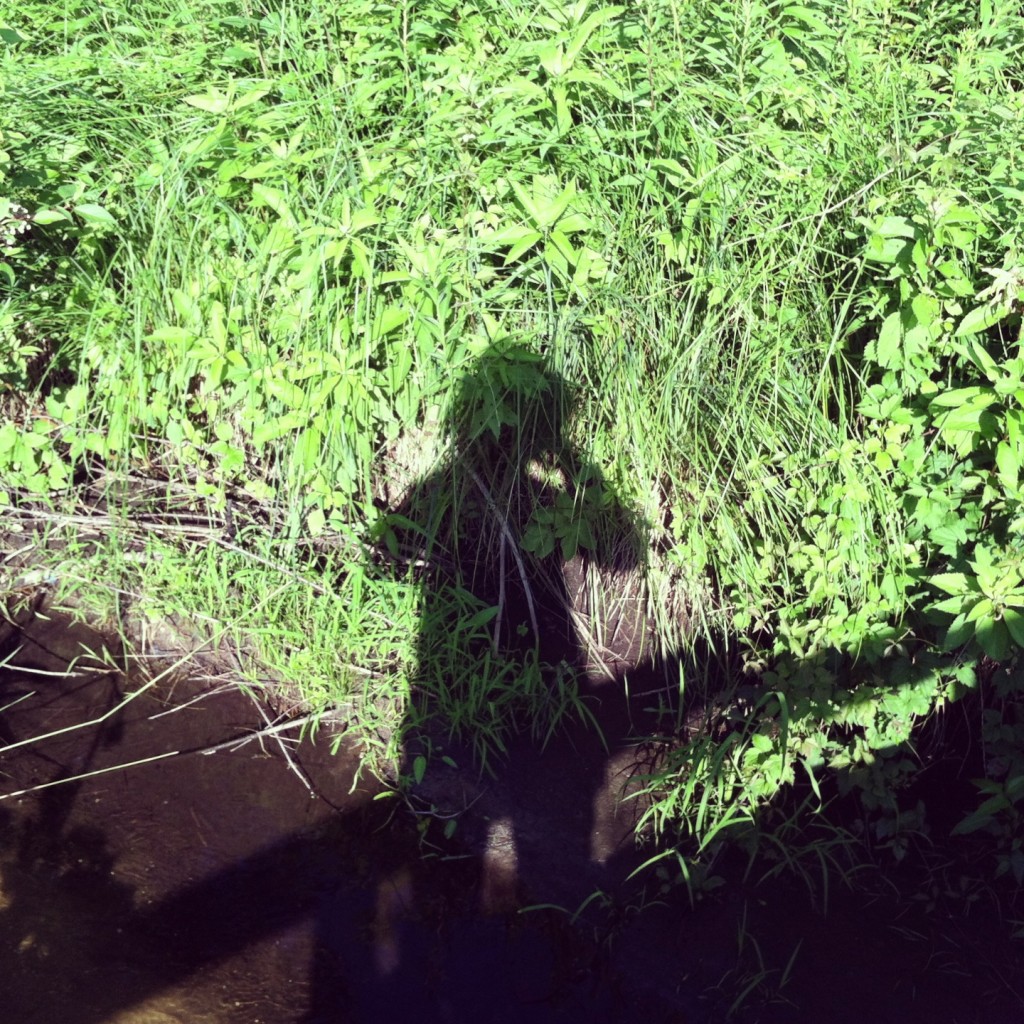 Just Me And My Shadow.

Around 10:00 a.m. the temperature started to rise and the enemy had prevailed. Team VP was united, but it was time to go home. The Above The Water’s Edge cache got us out and exploring in our own backyard and for that I’m grateful, but until my chattering teeth are in that container we’re still enemies.