I have a couple of tattoos. My first tattoo was acquired when I was 18 and my next was a few years later. Neither of my tattoos are of mystery objects, foreign typography or dark weaponry, but they both do hold special meaning for me. 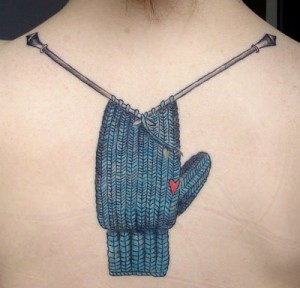 Not Mine – Knitting Tattoo

I’d love to get a third tattoo, but I sometimes think that maybe three is too much for the size of my body. I knit a lot, and I think I’d like to get a knitting tattoo which sounds funny, I know. A tattoo is incredibly permanent, however so deciding on where to place it and its appearance is super important. Temporary tattoos are fun to play around with, but they are usually cheesy in their design. Last year, I found a different kind of temporary tattoo company completely by accident when a knitting friend gave me a heart tattoo I had complimented her on. I had thought it was real. It was a Tattly. 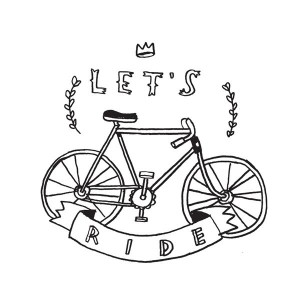 Tattly was started by Tina Roth Eisenberg who was worn out by the same badly designed temporary tattoos I was. Tattly’s tattoos are made by an “all-star lineup of professional designers and illustrators”. These tattoos are soy based and vegan friendly and as an extra special bonus they don’t cause any type of allergic reaction on my super sensitive skin. 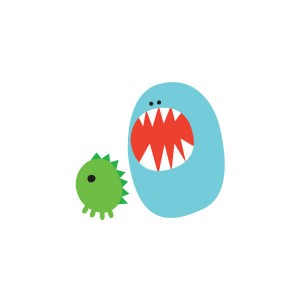 Tattly tattoos are $5 for a package of 2, $15 for a set of 8, $25 for a gift set of 12 or Tattly has a subscription service for the tattoo addict buried deep in all of us. Each tattoo will last about 3 to 5 days or can be washed off sooner with baby oil. Their selection is ridiculously amazing and are even available locally in some spots. 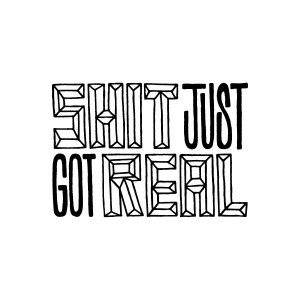 Until I decide on the real thing, or to terrorize my Mom, I may just stick with temporary tattoos for now. Real tattoos are fun, but they are really permanent and last forever. I’m not afraid of commitment, but forever is a really long time. Who knows maybe Tattly will print a knitting tattoo and I’ll forgo the real ink altogether.