Lately I’ve been struggling with my weight, but not in the conventional way society thinks of, the opposite way, I’m skinny. I don’t have an eating disorder or body dysmorphic disorder, but I do have a really hard time keeping weight on my body. It’s a problem, it sucks. I came across a website in the past week of a photographer who claims she is being discriminated against because she is overweight, so she started to take pictures of herself and the people who she claims were gawking at her and her body. I was personally appalled. 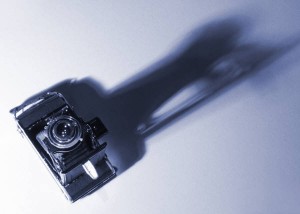 Body image is a big deal in 2013. Little girls are being protected from society from before they are even introduced into society. Parents are really truly worried about their kids and their self image. There are helicopter parents, tiger moms, free-range parents and attachment parents, but my guess is no matter what style of parenting these people pick they all want their precious cargo to grow up and have a decent body image. The problem is, that it’s just not happening. Very few kids have the self confidence to calmly tell the world they’re happy with themselves without the constant validation through half-naked self portraits on Instagram, or in this case, an adult writing condescending blog posts about who was sneering at them in photographs. This is how sucky body image starts. 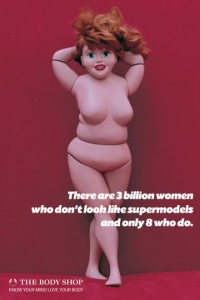 Ms. Haley is arranging her camera in a public space and then positioning herself so that people cannot help but look in her direction. When people glance at her because she is blocking traffic, or she is performing an activity, she has her assistant snap pictures. Not only are these photographs unfair to the unsuspecting people passing by, but they also paint Ms. Haley in an unflattering light. In each photograph she starts to look angrier, more irritated and grumpier with everyone and everything around her. It makes me wonder – is Ms. Haley simply ticked off with her life?

I’m about to get all sciency on everyone, so hold on to your hats. Statics say overweight and obese men and women are at a greater risk for high blood pressure, stroke, diabetes, cancer, coronary heart disease and liver disease. These same men and women have an increased risk of being diagnosed with a mood disorder like anxiety or depression. All of this bad news can shave up to an additional eight years of life from an overweight person and that is downright scary, but Ms. Haley insists she is not worried or bothered about any of this. I think Ms. Haley is lying. 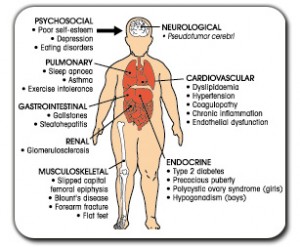 Appearances are important to all of us. We all care, even if we say we don’t, and there is an urge to ready ourselves before we go out into the world, no matter how we decide to take on that task. Me for instance. I’ve never worn make-up or colored my hair. At 34 years old I have never worn a pair of high heels or owned the latest fashions from Abercrombie or known what exactly Victoria’s Secret is and quite frankly I prefer my clothing to cover more skin than reveal it, especially when I’m around strangers. Honestly, I don’t think people care, mostly because they are too interested in their own appearance to care about mine. Society is tough, but we are even tougher on ourselves. 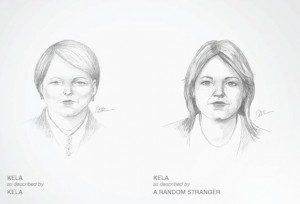 Dove Beauty released a campaign recently that went viral showing how women have slanted perceptions of their appearances. A random stranger described a woman to a sketch artist as being more attractive than the individual woman described herself, which again makes me wonder if Ms. Haley isn’t being way too critical about the way she thinks others see her. Ms. Haley needs a Dove Beauty campaign moment to snap her into reality and stop these obnoxious and mean pictures.

Ms. Haley I googled your name to look for a photo of you where you weren’t scowling and you look quite lovely. You have fantastic blonde hair, wonderful bright eyes, and amazing skin. Weight is a tricky thing and it’s very easy to become consumed by it because our society squishes us by advertisements and education that aren’t even accurate. We are basing our ideal body image on photoshopped models instead of on our own self confidence. We all need to have a little faith in ourselves, start smiling more often and remember that the only opinion that matters is our own.